View cart “Evidence of V” has been added to your cart. 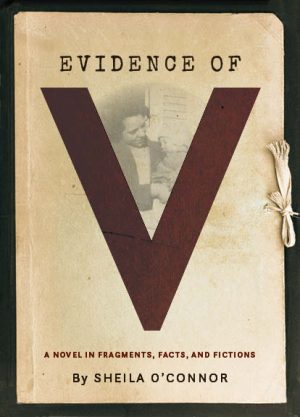 Winner of the Minnesota Book Award for Novel/Short Story

The Coil Most Anticipated October Books

Meet the Finalists Interview for the Minnesota Book Awards

«In trying to tell the story of V—a rebellious teenager with guts and smarts—Sheila O’Connor has written a novel that is as bold, non-compliant, and exceptional as its protagonist. The reader will root for V as she endures alienation, loss, and institutional cruelties (just to name a few of her struggles), but the reader will also root for O’Connor, who, as a writer and descendant of V, uses her artistry, intellect, and affecting literary powers to try to know what is ultimately unknowable. In the end, Evidence of V is both a novel and an ontological question, as in, is it possible to know (truly know) who and where we come from, and if not, what stories will we invent to fill that void?»

«Written in compelling, creative, and near poetic prose, O’Connor vividly introduces the reader to V—a promising 15-year-old singer in 1930s Minnesota, sentenced to a reformatory for sexual delinquency. O’Connor uses a mix of fiction with historical case file information to illustrate the myriad ways such facilities exploited, misunderstood, silenced, and traumatized young women who were deemed insolent, damaged, and mendacious. Kin to Girl, Interrupted, Evidence of V gives a keen sense of how we have punished (and continue to punish) girls for non-criminal violations, often in a misguided effort to ‘rescue and save.’»

«With grace and aplomb, Sheila O’Connor’s Evidence of V: A Novel in Fragments, Facts, and Fictions shines a bright literary light on a dark page of American history. To every “tuff” girl, to every girl who ran wild or got in trouble, to every girl who had to make her own way or raise herself, and to every adult who ever knew such a girl, O’Connor’s new novel is for you. O’Connor tells the story of her grandmother V, institutionalized for her sexuality. When our power is too great, when shaming doesn’t work, when they don’t know what else to do, they lock us up. V is our grandmother, our auntie, our long-ago sister, and our defiant best friend. V is us.»

«Evidence of V is unlike anything I have ever read. Exhilarating, heart-breaking, and haunting, the experience of V’s life and times scintillates and sears long afterward. Part mystery novel, poem cycle, police report, ethnographic study, noir screenplay, historical account, existential spreadsheet, medical report, legal history, hometown newspaper article, meta-feminist account, writer’s diary, literary collage, psychological assessment, family memoir, social criticism, and several other forms that are uncategorizable, by the end, the reader realizes, through Sheila O’Connor’s masterful artistry, that at the heart of the  ‘lie’ of this fiction, lurk deeper truths—that our ancestors and their traumas can never fully be known to us and each of our family histories is a complicated mix of truth and lore and absence.» 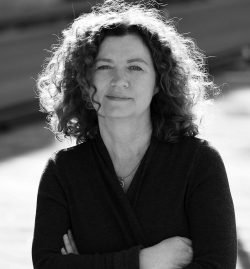 Sheila O’Connor is the author of six award-winning novels for adults and young people. Her books include Where No Gods Came, winner of the Minnesota Book Award and the Michigan Prize for Literary Fiction, and Sparrow Road, winner of the International Reading Award. Her novels have been included on Best Books of the Year lists by Booklist, VOYA, Book Page, and the Chicago Public Library, among others. O’Connor received her MFA in Poetry from the University of Iowa Writers’ Workshop, and her work across genres has been recognized with the Loft Literary Center’s McKnight Fellowship, two Bush Artist Fellowships, and several Artist Initiative grants from the Minnesota State Arts Board. She is a professor in the Creative Writing Programs at Hamline University in St. Paul, Minnesota, where she serves as fiction editor for Water~Stone Review. Visit her website here.