View cart “I Take Back the Sponge Cake” has been added to your cart. 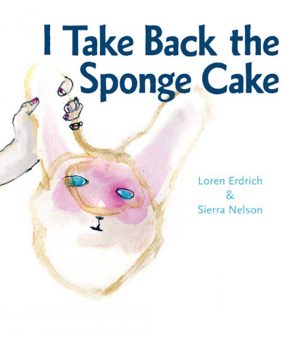 I Take Back the Sponge Cake is a pick-your-path collaboration between poet Sierra Nelson and visual artist Loren Erdrich. Each turn of the page features an ink and watercolor drawing, a poem, and a choice between two sound-alike words that create a variety of paths through the book. The adventure always begins in the same place, but depending on your choices your reading experience moves by emotional meander—leaping, looping, and surprising until it finally reaches one of the possible endings. With its blend of words, artwork, and audience participation, I Take Back the Sponge Cake is a triple threat.

«Erdrich and Nelson’s collaboration is a delight. There’s a perfect amount of distance between the poems and the images in this book—enough to allow for the snap of connection and the fizz of dissonance. Their lyrical invention asks you to choose between homophones to complete a given sentence, creating a surprising portrait of your own disposition at the same time that it produces multiple pathways to the book’s splendid endings.»

Matthea Harvey, author of Of Lamb and Modern Life

«Antic, frantic, didactic, and seriously at play in a word territory Erdrich and Nelson make up, find, map, and inhabit. I Take Back the Sponge Cake invites anyone who wants to explore it with them to come along, providing handy instructions, guides, surprises, and illustrations, saying to anyone who’s inclined to join in, there’s plenty of room, you’re welcome.»

«I Take Back the Sponge Cake is an invitation to adventure in Loren Erdrich and Sierra Nelson’s dream mystery. Allured and implicated by the sweet perversity of the mutable body, we’re asked to hold rib cages, feel for faces in the mirror, take bunnies by the ears. Each page reverses the work of the image; here, lyric illuminates illustration. I found myself asking, how do you recognize a text without words? How do you recognize a ghost without her sheet and chains?»

«At the core of the mobius world of I Take Back the Sponge Cake is joy, a child-like joy of returning to the rhetoric of pick-your-own-path adventures, a joy of associative play between image and verse, a joy in the terror of homophones and tongue-stuck lovers, and the culminating joy of the text making and remaking itself. This morphing book continually satisfies my urge for more: more absurdity, more darkness, more fun, more fish-man monsters with the orangey teeth.»

«Sierra Nelson and Loren Erdrich’s I Take Back the Sponge Cake is an exuberant collision of poetry and art that will leave readers giddy. Surrealist, playful, and endearingly tender, Nelson’s poetry—some of it written collaboratively with Erdrich—is accompanied by Erdrich’s evocative artwork. In Erdrich’s art, a never-ending tongue links together lovers or twins, and a man holds the hand of a charred shadow. Such fantastical images compliment the fantastical universe of this dynamic collaborative work.

Readers of this lyrical, carnivalesque, pick-your-path book are invited inside its glorious world and choose a word from among sets of homophones at the end of each poem; each selected word then corresponds to other poems in the book. Readers are literally guided by the words, as one poem gently urges: “Beauty is the falling constant./ Loves, leaves, light. Make what you can.” Possibilities abound in these quirky and magical poems that loop back on themselves and, by example, question the nature of the lyric, of narrative, and of what a “text” can be. This is not a book of beginnings and endings, but a book of miracles that will keep readers happily suspended in its dream.»

Hadara Bar-Nadav, author of A Glass of Milk to Kiss Goodnight and The Frame Called Ruin 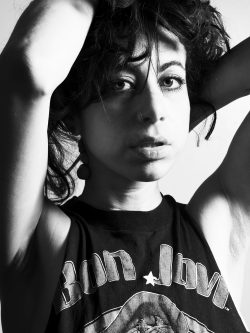 Loren Erdrich is a mixed-media visual artist working primarily in drawing, sculpture, performance, and video. She has exhibited nationally and internationally, both individually and as part of CultureLab Collective. A 2011 show at the Joan Cole Mitte Gallery in Texas featured her work alongside that of Louise Bourgeois, Kiki Smith, and Félix González-Torres. Loren completed her undergraduate studies at the University of Pennsylvania and the School of the Art Institute of Chicago, receiving a BA and BFA respectively. She received her MFA in 2007 from the Burren College of Art and the National University of Ireland. She currently lives in Brooklyn, New York. 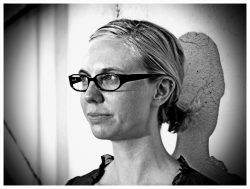 Sierra Nelson’s poems have appeared in Crazyhorse, Poetry Northwest, City Arts Magazine, Forklift Ohio, Painted Bride Quarterly, and DIAGRAM, among others. For over a decade she has collaboratively written and performed as co-founder of The Typing Explosion and the Vis-à-Vis Society, including at the 2003 Venice Biennale and on the Wave Books Poetry Bus Tour. She received her MFA in poetry from the University of Washington and is a MacDowell fellow. She currently lives in Seattle, Washington.

Loren and Sierra continue to collaborate under the name Invisible Seeing Machine.