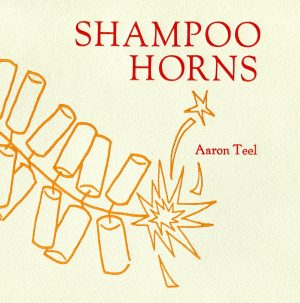 Reprinted and available in our novella-in-flash collection My Very End of the Universe.

A grieving widow spied sleeping through the busted out window of a dilapidated trailer, a severed nipple, an illicit raid on a roadside fireworks stand: a boy named Cherry Tree, with a penchant for tight red underwear and old towels worn as capes, encounters these and other mysteries one heat-struck summer in 1989 when his world is expanded by an abusive older brother and an elusive Mexican girl. Shampoo Horns is a meditation on boyhood, brotherhood, and the fragmented process of coming of age.

«Teel’s writing surprises throughout: ‘Tater Tot, my one and only friend, blew by me on his bike and squeezed its horrible horn, a sound like a braying donkey swallowing a kazoo.’ The collection flies by toward its foreshadowed final scene. At the end of his passage about the explosions like bottle rockets, Kerouac writes that ‘in the middle you see the blue centerlight pop and everybody goes “Awww!”’ So it is with Shampoo Horns,a fearless, fabulous flash across the stars.» 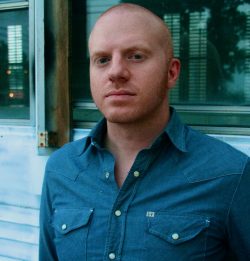 Aaron Teel teaches Language Arts and English as a Second Language and is a workshop instructor for Badgerdog Literary Publishing in Austin, Texas. His work has appeared previously in Tin House, Smokelong Quarterly, Monkeybicycle, Matter Press, Brevity Magazine, North Texas Review, Side B Magazine, and others. Visit his website at aaron-teel.com.