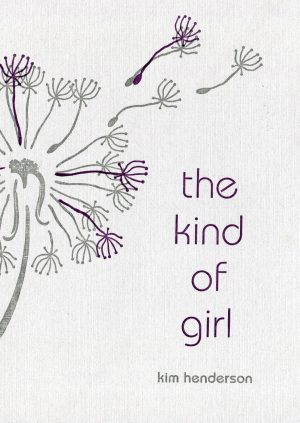 Thirteen-year-old girls sunbathe in a public park, watching boys they realize they will never have. Three young friends’ admiration for their P.E. teacher leads to unexpected consequences. A woman reflects on the brother who went missing when she was twelve, while another longs for a father just out of reach. One girl gives up on being bad while another wearies of being good.  Kim Henderson’s collection The Kind of Girl ponders the ways girls and women find themselves defined—whether by their own hand or others’, their fantasies, or their unyielding environments. Here girls learn the complexity of adulthood and sexuality in stories of no more than 1,000 words each that are by turns absurd, realistic, and startlingly simple. Each story offers a fleeting but unflinching gaze into the mysteries, tragedies, and wonders of growing up.

«When you sit down to read this lovely set of idiosyncratic meditations and narrations and observations, you will find that, from the first sentence, Kim Henderson has her tensions in place: “We were thirteen and it was the summer of ugliness.” Yes, we all remember that year—the year before it all went wrong, right? In Henderson’s world, every detail is full of the dramatic luminosity of that age…» 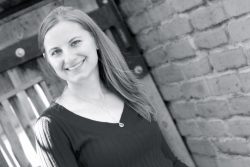 Originally from New Mexico, Kim Henderson now lives with her husband on a mountain in Southern California, where she teaches at Idyllwild Arts Academy. She is a graduate of the University of Montana’s MFA program. Her work has appeared in Tin House, Cutbank, H_NGM_N, River Styx, New South, The Southeast Review, and elsewhere.