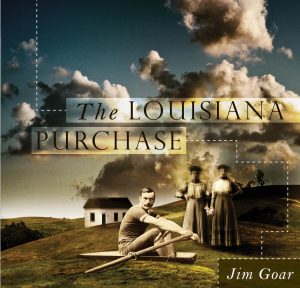 The linked poems in The Louisiana Purchase carry the reader past Ozzie Smith and Thomas Jefferson into a world where the moon is an outlaw, a weeping elephant flees from the authorities, the Pinkertons upset the sky, effigies of Phil Niekro are burned, and a society made of words collapses. According to Scott Glassman of Rain Taxi, Goar’s “clause-free declarative sentences are a perfect match for the edgy grade-school surrealism that guides us into emotional revelation.” The Louisiana Purchase is what Alice would have found had she fallen into William Clark’s map instead of a rabbit hole; it is an uncanny territory that both delights and disturbs.

«Jim Goar’s The Louisiana Purchase excavates a startlingly new history of the American West. In witty but urgent dispatches, Goar inverts the myths and stories of the Lewis and Clark expedition. He pulls up the West from its roots, his tiny but enormous visions of an “uneven, transitioning, and forever incomplete America” emerging as new frontier ballads of the Disunited States of Surrealism.»

«Jim Goar’s book is squarely in the American grain. A radical re-imagining of the mythos in the tradition of Williams, Dorn, and Spicer (not to mention Max Jacob and Alejandro Jodorowsky), The Louisiana Purchase is a rich pageant of Americana. The story of western expansion is played out through such familiar typologies as the Hollywood Western, baseball, and the carnival sideshow, but these are forever morphing into something fabulous and strange—a moon that won’t behave, maps that come to life, and big big land that shrinks into a box. This is better than history. This is poetry.»

Jeff Hilson, author of In the Assarts

«With America behaving as it does today, we all need to better understand the American beauty of years past and the American beauty that is yet to come. Jim Goar’s The Louisiana Purchase reinvents a landscape so similar and dissimilar to what we know of a country’s terrain that it is obviously a beauty that is yet to be. Or more so, Goar reinvents a country that has no limits because it exists in the alternate space of the supernatural. So that a “President’s signature is printed on the face of the moon” in order to create a world where “Kansas starts to bleed” so that “the sun is taken from the sky” and likewise, to make a space where a human-modified moon can exist with us in a plain way, do our bidding, and also fight back. You should read this book. It’s not the American story you learned about in third grade. It’s the one you wanted to learn. It’s the one that was always the true story.»

«Jim Goar is a conquistador of the self. He knows what he likes and he does it. Also a cinematic dream weaver, cartographer of the soul, change-up artist, machete maestro, hammock-dweller, and unearthing gardener of the mound, in this book Goar carves us through a combustive landscape of human kites, ball park franks and bloody foliage, precipices and calm interiors at once atomic and transmogrified, singing glacial songs of truth and fording rivers and tributaries, all the while dipping the world in an organic and devouring wholesome word-glaze.

Gracefully athletic and soulfully centered, The Louisiana Purchase slides into us bearing an olive branch as its red bird Brock. Always open, “never locked,” Goar’s season on earth contains all the wisdom of the ancient almanacs of the future; a unique, private cosmology founded on the soundest of poetic principles: conservation of what matters. The Louisiana Purchase signals a renewed project in poetry: to seek, perchance to find what is holy, and if not, make it so. This book is an instrument for being.» 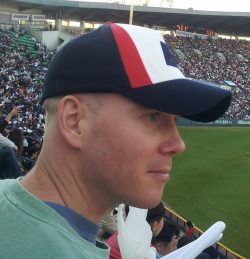